The Atlantic walrus (Odobenus rosmarus rosmarus) is particularly sensitive to shifts in its habitat that are accelerating as a result of climate change.

The Atlantic walrus is known for its commanding presence, whiskers and long ivory tusks, which are used when foraging for food on the ocean floor and to break sea ice and climb out of the water. Tusks are found on both males and females, but are smaller than Pacific walrus. In Canada, you can find small populations of Atlantic walruses distributed in the High Arctic and Central-Low Arctic. When walruses aren’t in the ocean, they live in groups on land or sea ice, called haulouts.

The Atlantic walrus was hunted to near extinction for its ivory, meat and blubber from the 17th to the 19th century. The populations once found in the St. Lawrence, Newfoundland and Nova Scotia have now gone extinct. Special Concern
Special concern:
A wildlife species that may become threatened or endangered because of a combination of biological characteristics and identified threats.

Molluscs and other benthic invertebrates What is a Haulout?

Walruses prefer to spend most of their time on sea ice in small groups known as haulouts. This is where they can reproduce, rest and socialize. It also gives walruses better access to food than land-based haulouts. When sea ice shrinks or disappears, walruses haulout in much larger groups on land. This can be dangerous for the highly sensitive species if startled. 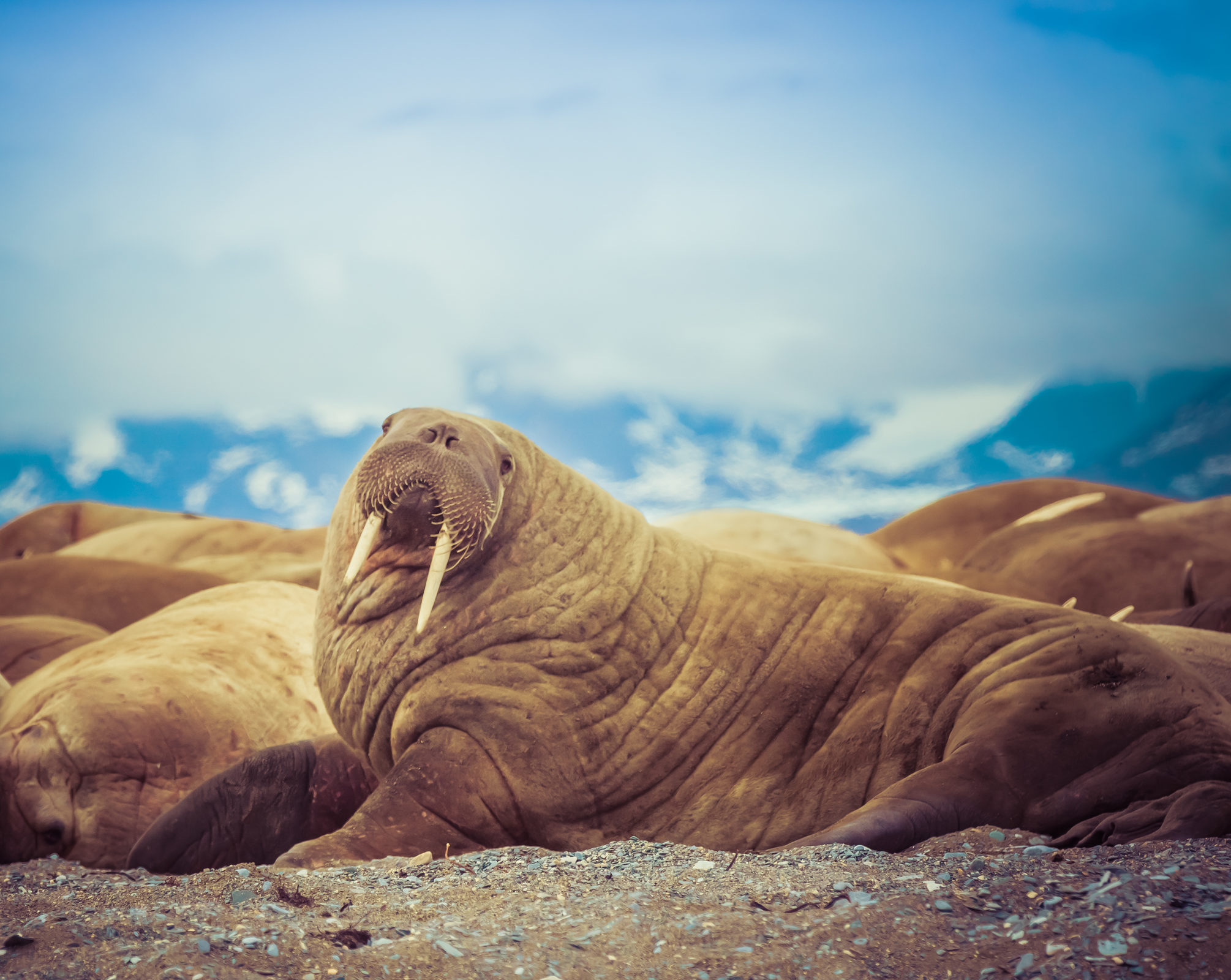 There are two subspecies of walrus — the Atlantic and Pacific. For both, their world is changing fast. Walruses are threatened by a warming climate and subsequent sea ice loss that can increase crowding at terrestrial haulout sites and limits access to preferred habitat.

Walruses may be massive, but they are incredibly sensitive to sounds and stress. Shrinking sea ice is opening the Arctic to economic opportunities, including oil and gas exploration and increased shipping through sensitive marine habitats. That noise and activity is hard on the walruses. A disturbance can result in a stampede, which may be lethal to these animals.

To see the heartbreaking effect of panic among Pacific walruses, watch this video from Our Planet, a Netflix original documentary series and collaboration involving Netflix, Silverback Films and WWF.

In late summer and early fall, when sea ice is at its minimum, land-based haulout sites become critically important habitats. WWF works to minimize disturbances to these sites by pushing for long-term land protections. Through the Arctic Species Conservation Fund, WWF supported the mapping of haulout areas that are currently informing decision-makers through the Nunavut Land Use Plan process. This management plan could grant protections to these habitats.

WWF also supported gatherings of walrus experts across Nunavut to develop management strategies based on Inuit knowledge for walruses in the territory. WWF’s priority is to support a sustainable Indigenous harvest that ensures the long-term survival of the subspecies.

As the Arctic warms, sea ice will continue to melt. When you support WWF-Canada, you’re helping us protect critical Walrus habitats.