Three-quarters of all land on Earth has been significantly affected by human activities. Urbanization is increasing, and more than four out of five Canadians are now living in urban centres. As urban and periurban areas grow in population and size, pristine natural spaces disappear. At the same time, cities depend on healthy natural environments to provide benefits, also known as ecosystem services. Ecosystem services include trees producing the oxygen we breathe, bees pollinating the crops we eat and wetlands filtering the water we drink. Restoring nature and enhancing biodiversity is essential to helping our communities – as well as the people and wildlife who live in them – become resilient to the climate crisis. Steve oversees WWF-Canada’s urban biodiversity program, Biopolis, which serves as an important hub for local projects that help preserve Canada’s urban biodiversity. He began his career in 1990 in British Columbia, where he carried out inventories of Marbled Murrelet and forest birds.  Since then he has worked on multiple inventories of birds, bats, fish and other taxonomic groups. Steve holds a BSc in biology from UQAM in Montreal. Jarmila manages the In the Zone and Go Wild Community Grants programs, both of which strive to increase Canadians’ engagement with nature, especially in urban areas. Jarmila holds a Bachelor of Science, Environment and Biology from the University of Toronto. What Is Urban Biodiversity

Urban biodiversity refers to the variety of living organisms, including their genetic variations, as well as the multiplicity of habitats in and around dense human settlements. (MAMROT, 2013)

Biodiversity is a contraction of “biological diversity.” Biodiversity reflects the number, variety and variability of living organisms in an area. Biodiversity supports everything in nature that we need to survive: food, clean water, medicine, and shelter. As humans continue to put pressure on the planet, using and consuming more resources than ever before, we risk putting the Earth’s magnificent biodiversity at risk.

City growth doubled over the last century; almost 216,000 square kilometres of intact forests were disturbed between 2000 and 2013, and over 80 per cent of original wetland habitats were converted. Dams, canals, buildings and roads have also altered habitat.

Habitat loss, from forestry, agriculture, urbanization and industrial development, is the greatest threat to species in Canada. Wildlife and habitats that were once abundant are becoming rarer, or have disappeared altogether, as a result of larger ecosystem changes.

The issues affecting urban biodiversity are similar to the threats affecting nature everywhere: The growth of cities contributes to biodiversity loss by fragmenting and destroying areas of natural habitat. Pollution of Soils, Air and Water

Urban areas have the potential to pollute our air, water and soil in many ways, including industrial waste, road salts, agricultural runoff, and sewage. WWF-Canada is working to protect and restore biodiversity in Canadian cities while raising awareness of the importance of building resilience to climate change.

Some of our biodiversity-benefiting programs and projects include: Studies have shown that for many plants, birds and butterflies, the number of non-native species increases toward the centres of urban areas, while the number of native species decreases. Through In the Zone, a collaboration between WWF-Canada and Carolinian Canada, we are helping Canadians grow gardens that help native species thrive. By growing networks of native-plant gardens (whether they’re in front yards, backyards or on balconies), we’re restoring lost habitat and creating a healthy future for the wildlife that call it home. Together, we can grow life-sustaining habitats and resilient landscapes, one yard at a time.

Every city has secrets hiding under its paved roads, historic buildings and modern structures. In Montreal, those secrets take on a particularly powerful form: hidden rivers and streams. With Blue Montreal, WWF-Canada aims to breathe new life into Montreal’s aquatic ecosystems, give water back its rightful place in the urban landscape, improve water management and strengthen resistance to climate change. Through Blue Montreal, three Montreal boroughs have already been targeted, and three types of revitalization work have been proposed: daylighting an underground river, building a new urban river or developing blue alleys. 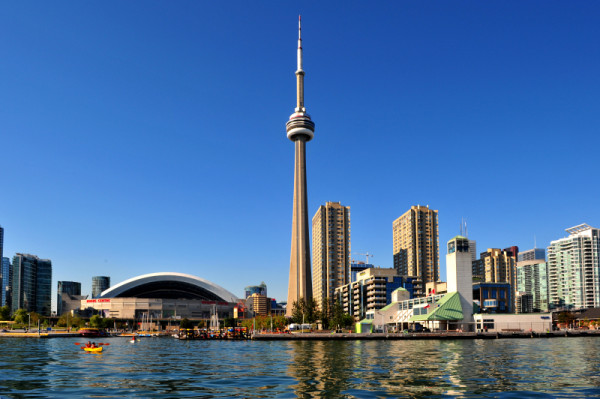 When I Go Wild, people and nature thrive

Canadians in electric cars getting silly